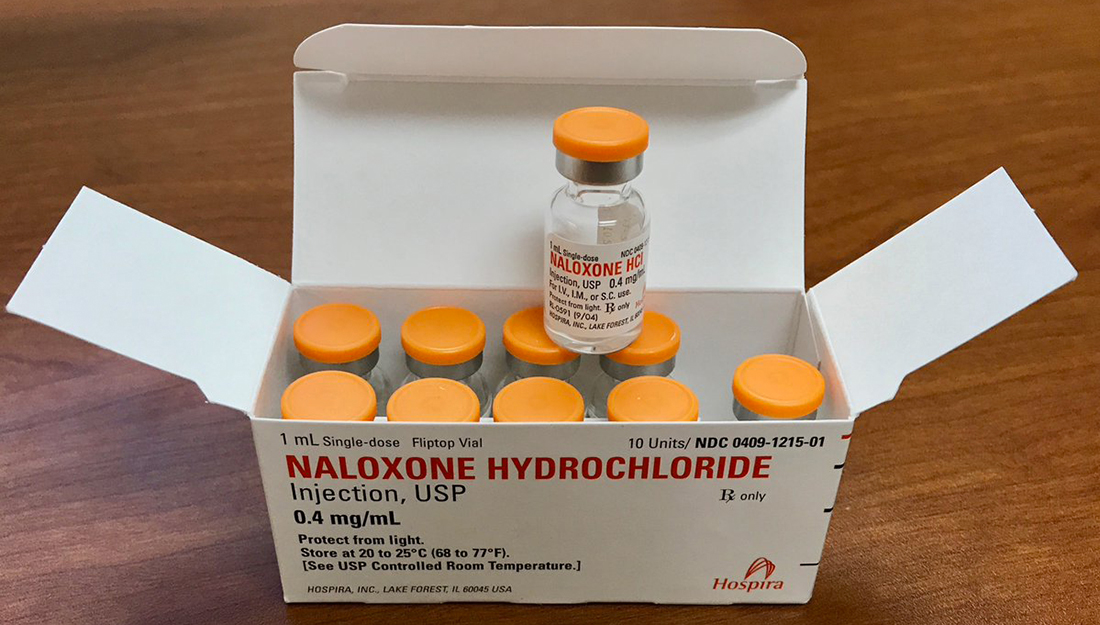 College of Pharmacy takes on the opioid epidemic

The opioid crisis is a national public health emergency, and Texas has experienced its own significant increases in overdoses in the recent years. The Texas A&M University Health Science Center has responded with a multidisciplinary task force to help curb the crisis in the Lone Star State, and students across Texas A&M University are doing their part to intervene.

That includes in Kingsville and College Station, where students from the Texas A&M Irma Lerma Rangel College of Pharmacy received training on naloxone, the medication that rapidly reverses an overdose, and are training others on how to use this life-saving drug with “Operation Naloxone.”

“Operation Naloxone is a student-led program to introduce ‘harm reduction’ to the community,” said Joy Alonzo, PharmD, clinical assistant professor at the Irma Lerma Rangel College of Pharmacy. “The idea is for students to go to their campus communities—on-campus and off-campus housing, and the surrounding communities—to help others learn about naloxone use.”

Naloxone is a medication designed to rapidly reverse an opioid overdose. It works as an opioid antagonist—meaning that it binds to opioid receptors and can reverse the effects of an opioid overdose and quickly restore the person’s respiration so they regain consciousness. Naloxone is available as prescription medication as an injectable or nasal spray, and some states, including Texas, allow naloxone to be distributed by pharmacists to the public without a prescription from a physician. Texas also passed legislation allowing for community distribution of naloxone rescue kits by trained individuals to the general public in response to the rising crisis.

Opioid use disorder is a chronic condition, and although this isn’t a program that can help curb opioid addiction, it may save someone’s life and allow them to get the treatment they need when an overdose occurs, and possibly give them a chance to enter long-term treatment.

“This isn’t a long-term solution. It’s a life-saving treatment to help until emergency personnel arrive,” Alonzo said. “With this cost-efficient and easily accessible medication, you can reverse overdoses and give the person an opportunity to get long term treatment.”

The first seminar, led by College of Pharmacy faculty in early March, trained 62 students and five additional faculty members on the recognition of signs and symptoms of an opioid overdose and the administration of naloxone. The first community naloxone training was held two weeks later at the Brazos Valley Council on Alcoholism and Substance Abuse. The students assisted in training more than 20 licensed professionals who work with individuals suffering from mental and behavioral disorders in the community.

“Next step is for students to train other student groups,” Alonzo said. “The train-the-trainer idea is to get more trainers throughout the community who can recognize an opioid overdose and use naloxone. Similar to how people learn to administer CPR, we want more people able to be able to jump in and potentially save someone’s life.”

This program is being coordinated at pharmacy schools throughout the state, as both faculty and students from the University of Texas at Austin and the University of Houston are also getting involved in Operation Naloxone. Also, the Texas Legislature has passed several laws to increase the availability of the drug, and both Texas A&M University and Rice University allow EMS and student health services to carry it on hand and use it when needed. However, a bigger push is being to make naloxone rescue kits more available in residential areas or campus housing for residential advisors.

“This has been a coordinated effort, and the legislature, pharmacy schools and the community have all worked together to help get this plan into place,” Alonzo said. “If naloxone is readily available, then it can help reverse the overdose until emergency services arrive.”

Alonzo noted that students have been eager to get involved and talked about how this epidemic hit close to home for many in the community.  Student leaders Austin Bridges and Stephanie Bravo have been instrumental to the program, and have been reaching out to student organizations across the A&M system campuses. “We are passionate about this program, and the potential for harm reduction at the campuses and in the community” said Bridges. “This project is the one project that might really make a difference.”

“We had a student write about how a family member died because of opioid abuse,” Alonzo said. “The people involved are extremely grateful for what we are doing, the awareness we are bringing to this issue and the training to save somebody’s life.”