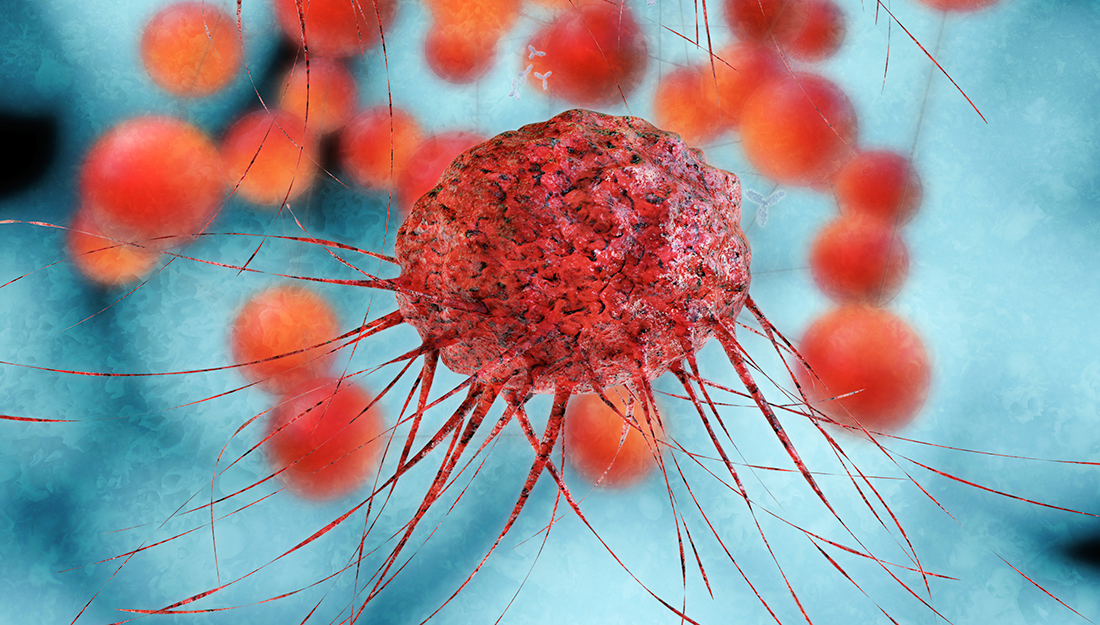 Harnessing the power of light to fight cancer

By controlling the actions of immune cells, they could be "instructed" to kill cancerous tumor cells
January 21, 2016

Immunotherapy is one of the hottest emerging areas of cancer research. After all, using the body’s own cells to fight cancer can be more effective and less invasive than flooding the entire system with toxic chemicals.

Yubin Zhou, PhD, assistant professor at the Center for Translational Cancer Research at the Texas A&M Health Science Center Institute of Biosciences & Technology, is studying how to use light to control the immune system and induce it to fight cancer.

“Although neuroscientists have been using light to stimulate neurons for years, this is the first time the technique, called optogenetics, has been used in the immune system,” Zhou said. In neuroscience, the process involves genetically engineering cells to produce proteins from light-sensitive microbes and results in nerve cells that will either send—or stop sending—nerve impulses when they are exposed to a particular color of light. “Neuroscientists have learned a lot about brain circuits using the technique,” Zhou said, “and now researchers in many other fields are giving it a try.”

Zhou and his collaborators have modified the technique for the immune system. It wasn’t easy: unlike nerve cells, immune cells don’t use tiny electrical impulses to communicate. Additionally, immune cells are located deep in the body and are constantly moving around, so getting the light to them can be difficult.

The development took some ingenuity and cooperation. “We collaborated with Dr. Gang Han at the University of Massachusetts Medical School who does bionanotechnology and photomedicine development,” Zhou said. “Together, we were able to combine state-of-the-art optogenetic approaches with cutting edge nanotechnology.” Called optogenetic immunomodulation, their method was featured in a recently published article in eLife.

“This work was driven by talented scientists in the lab: graduate students Lian He and Peng Tan and postdoctoral research fellow Guolin Ma, PhD,” Zhou said, “who fearlessly undertook this daunting project and overcame all the challenging obstacles to make this technique into reality.”

With this method, the researchers can control the action of immune cells and “instruct” them to kill cancerous tumor cells. They use a near-infrared laser beam, which can penetrate deep—in this context, deep means a centimeter or two—into the tissue, where a nanoparticle turns the near-infrared light into blue light, and that directs the activity of genetically engineered immune cells. “We are able to wirelessly control the action of immune cells buried deep in tissue,” Zhou said.

The team genetically engineered immune cells so that a calcium gate-controlling protein became light sensitive. When they are exposed to the blue light emitted by the nanoparticle, their calcium ion gates open. When the light is turned off, the gates close. More light leads to a greater flow of calcium, so the researchers are able to finely tune the calcium-dependent actions of immune cells to fight against invading pathogens or tumor cells.

When an animal tumor model was injected with both the nanoparticle and the light-sensitive genetically engineered immune cells, the near-infrared laser beam caused calcium channels to open, which boosted an immune response to aid the killing of cancer cells. “The technique reduced tumor size and metastasis, so there are lots of applications,” Zhou said.

One advantage of this method is that it only activates a certain type of immune cell, the dendritic cell or T-cell, and only in one part of the body, near the draining lymph nodes or tumor, which helps cut down on the system-wide side effects often seen with chemotherapy. It’s also light-tunable, non-invasive and has great temporal resolution—in other words, it can be turned on when it is needed and turned off when it is not.

The implications of the research are far-reaching. “Other scientists will likely use the technique to help them study immune, heart and other types of cells that use calcium to perform their tasks,” Zhou said. “It’s quite a cool technology. With these tools, we can now not only answer fundamental questions of science that we never could before but also translate it into the clinic for disease intervention.”

In parallel, the Zhou lab has been applying this technique to establish a way to screen potential cancer drugs more effectively. “If successful,” Zhou said, “all these efforts would remarkably improve the current cancer immunotherapies by personalizing the treatment to exactly where and when it is needed, while reducing side effects.”