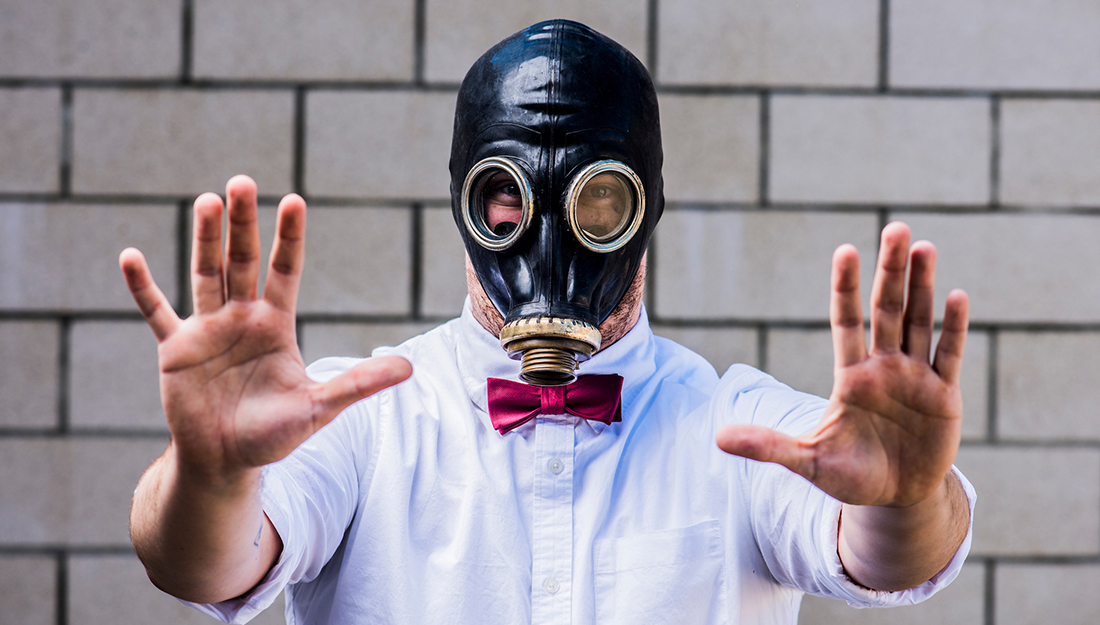 New antidotes to shield military and civilians from chemical agents

A Texas A&M researcher’s pursuit for antidotes to break seizure circuit may be key to thwarting chemical warfare
November 16, 2018

Research from neuroscientists at Texas A&M University may have key consequences for soldiers and victims of nerve agent attacks. D. Samba Reddy, PhD, RPh, a professor of Neuroscience and Experimental Therapeutics at Texas A&M College of Medicine, recently published two papers showing why current therapies are not able to break the chemically induced neuronal circuit that causes seizures and brain cell death—and what type of drug might be better.

Organophosphate (OP) nerve agents, used as chemical warfare weapons in combat or as bioterror agents against civilians, have severe, fast-acting effects on the body. These compounds interfere with brain chemicals that turn neurons and muscles “on” and “off.”

When an individual is exposed to OPs, it blocks acetylcholinesterase, the “off” switch. As a result, acetylcholine, the “on” switch, builds up in massive quantities in the brain and causes widespread nerve excitation & muscle contraction. Without an “off” switch, the brain is massively excited and muscles in the body continuously contract and cannot relax. This results in muscle spasms, convulsions, continuous seizures, respiratory arrest and eventually death. If a person is able to survive a nerve agent attack, they will likely have serious brain damage.

Currently, there are two major therapeutic drugs that are used to reverse the effects of OP nerve agents. Diazepam and midazolam are benzodiazepine anticonvulsants that can work to prevent OP-induced brain damage and seizures, if given very soon after exposure. Both drugs are very effective antidotes when given within 30 minutes of OP exposure, but do not have much effect after an hour or two after exposure. In the context of chemical warfare and unexpected civilian bioterrorism, this is not a realistic timeline.

“Although soldiers often carry auto-injectors of a drug to use on themselves in case of a nerve agent attack, in civilian populations, the quickest midazolam could be administered after calling 911 and getting to the hospital would likely be at least 40 minutes,” Reddy said. “That is the critical time period, so any anticonvulsant antidote for these OP chemical seizures has to work even after 40 minutes. That is the goal.”

Recently, Reddy has published two papers in the journals Biochim Biophys Acta and Journal of Pharmacology and Experimental Therapeutics, co-authored by his research staff Ramkumar Kuruba and Xin Wu.

In the research reported in these articles, Reddy’s team examined two major points for diazepam and midazolam. First, they examined how efficiently each medication suppressed seizures. Second, they looked at how efficiently each drug protected against brain damage. The results of both studies showed that diazepam and midazolam were very effective when given 10 minutes after exposure. However, both medications were completely ineffective when administered at 60 minutes or 120 minutes after exposure.

“The benzodiazepines don’t control seizures at later time points, but it’s not because they aren’t reaching enough quantities in the brain,” Reddy said. “The three main reasons are the loss of target receptors, the loss of neurons and damage-induced inflammation.”

OP poisoning will also kill neurons, which worsens the problem of too few benzodiazepine receptors.

“Massive brain cell death will further exacerbate the problem of a lack of receptors,” Reddy said. “The cell must be alive for the drug to bind to receptors. The benzodiazepine receptors are on the main neurons. However, so many of these neurons are dead that it further reduces the number of available receptors. The loss of inhibitory interneurons, which apply strong breaks on excessive brain excitation, creates a self-sustaining seizure circuit.”

Finally, nerve agents will cause severe inflammation in the brain, which will cause more cell death and a loss of more receptors.

“When we asked ourselves ‘Why are these medications failing when they are administered later?’ it gave us the idea for producing next-generation anticonvulsants that are better than benzodiazepines,” Reddy said.

“These GABA-A receptors should be targets for new drugs because they will not disappear in 10 to 20 minutes after nerve agent exposure,” Reddy said. “However, it is still a reverberating circuit, because the neuronal loss leads to inflammation and loss of receptors. By targeting extrasynaptic receptors, if you control the seizures, you will stop neuronal loss. Essentially, you are breaking the circuit.”

Neurosteroids that activate extrasynaptic and synaptic GABA-A receptors have the potential to stop seizures more effectively and safely than benzodiazepines. In addition, neurosteroids may confer neuroprotection by shunting the excessive excitability and its exacerbating impact on neuronal injury and neuroinflammation, which are typically associated with nerve agent poisoning. Reddy and his team are developing innovative injectable neurosteroid products for approval by the Food and Drug Administration, which could be revolutionary for both military members and civilian victims of nerve agent attacks.

“There is an urgent need to develop next-generation anticonvulsants antidotes superior to midazolam for better treatment of OP and nerve agent poisoning,” Reddy said. 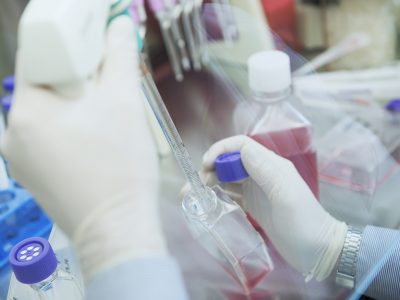