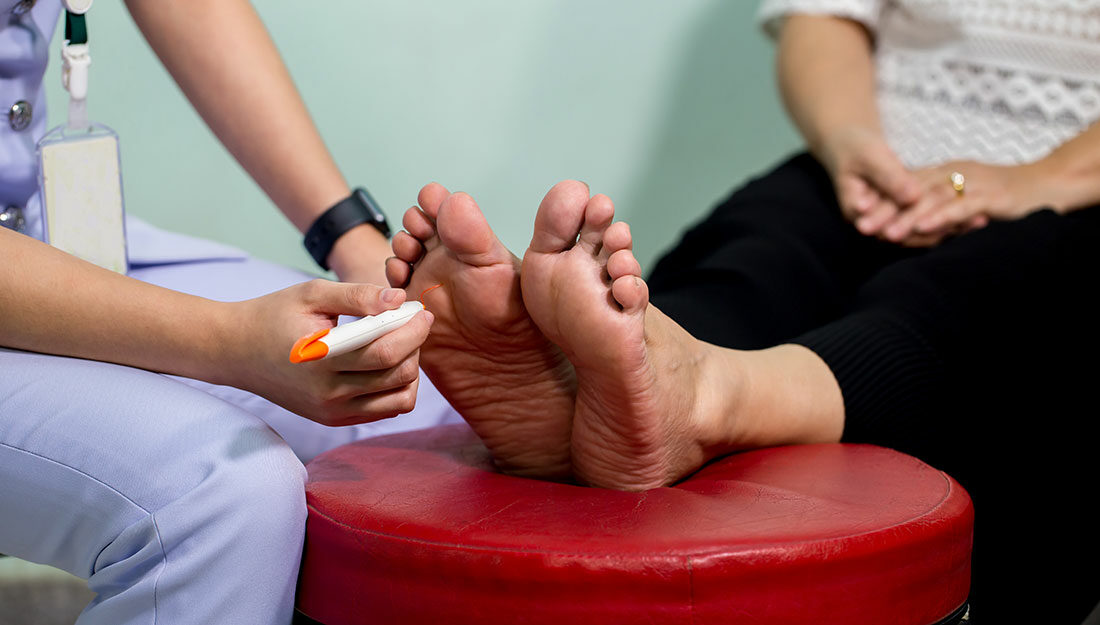 In a new study from the Southwest Rural Health Research Center (SRHRC), researchers explored the racial/ethnic and geographic trends in major and minor lower extremity amputations (LEA) in American adults with diabetes between 2009 and 2017. The researchers also sought to identify factors associated with LEA risk among adults with diabetes. The study was published in the American Diabetes Association journal Diabetes Care.

Marvellous Akinlotan, PhD, led SRHRC researchers from both the Texas A&M School of Public Health and Texas A&M College of Nursing in analyzing data from the Healthcare Cost and Utilization Project Nationwide Inpatient Sample, which contains information on 35 million hospital stays each year. The researchers looked through the data for patients with diabetes-related hospitalizations who had either a minor LEA (toe and foot amputations) or a major LEA (above the foot, below the knee or above the knee). Their analysis looked at the association between race/ethnicity, rural or urban status and geographic region and LEA rates. The study also included various control factors like age, gender and patient health characteristics.

The researchers found that the rates of minor lower extremity amputations increased between 2009 and 2017. This increase was most pronounced in rural residents, people in the West census region, and Native American and Asian American and Pacific Islander populations.

In contrast, major lower extremity amputations rates held steady during the study period with a few exceptions. White populations, people in the Midwest and rural areas saw notable increases in major LEAs. Their analysis also found that Black people were, on average, less likely to have a minor LEA, but more likely to have a major LEA than white people. Additionally, they found that living in the South or in more rural areas strongly predicted the chances of having a major LEA compared to urban areas and the Northeast.

The findings contribute to a growing body of knowledge on diabetes care. The increased odds of lower extremity amputations in rural areas are consistent with previous studies and findings of poorer health outcomes in rural areas. This may be due to less access to specialized diabetes-related medical care, fewer health care providers in general, lower rates of health insurance coverage, lower household income and limited public transit options. These findings indicate that telehealth and web-based options for diabetes care and education could help improve health outcomes for rural areas.

The severe effects of diabetes, especially without proper care, are a problem for many Americans. With a better understanding of what drives poorer outcomes, health care providers and policy makers may be able to build targeted interventions to improve diabetes care. These interventions have the potential to improve quality of life for millions of American adults.