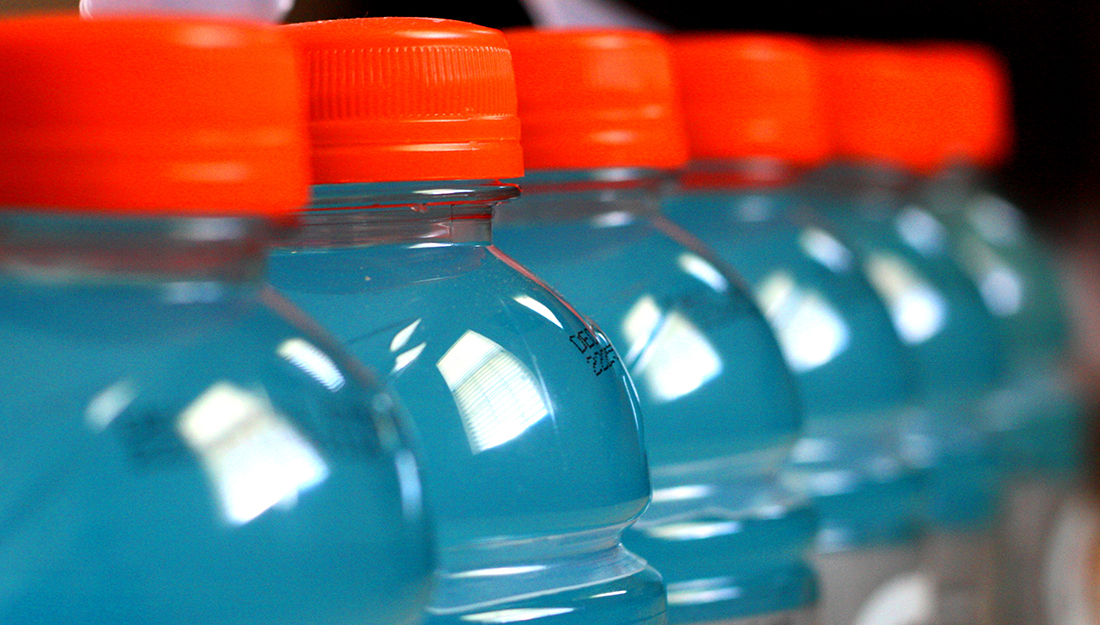 Sports drinks are not solutions for illness-related dehydration

Hospitals across the nation have been hit by a double whammy: an alarming flu season combined with a shortage of intravenous fluids. Hurricane Maria’s devastating effects on Puerto Rico, a critical manufacturing hub for American medical supplies, have caused the supply chain disruption. In this precarious scenario, some medical facilities are using sports drinks as rehydration solutions. However, therein lies a health risk.

“The basic deficiency in beverages such as Gatorade for illness-related dehydration is that there is too much sugar and not enough salt (sodium) or potassium,” said John D. Bowman, MS Pharm, pharmacy professor at Texas A&M Irma Lerma Rangel College of Pharmacy. “Sports beverages may be fine for healthy persons following intensive exercise, but they are not recommended for those with fever, diarrhea or vomiting. Seasonal influenza (flu) is not usually associated with diarrhea, but this season many children are reported to have it as one of their symptoms. Children and older people are at greater risk of severe symptoms from dehydration, and using sports beverages, chicken soup or other home remedies may actually worsen the illness.”

Bowman suggests the oral rehydration salts (ORS) solution, a treatment for intestinal flu and dehydration recommended by the World Health Organization (WHO), that has ingredients probably available in your kitchen cabinet. Simply combine one quart water, half teaspoon salt and six level teaspoons of sugar. Optionally, a half cup of orange juice or a mashed banana can be added for potassium. The WHO-ORS solution is a scientifically sound method of body fluid loss replacement, which was developed for use in developing countries where cholera or other diarrheal diseases are common.

With the Centers for Disease Control and Prevention warning that the flu season is responsible for hundreds of deaths across the nation, it’s not too late to be vaccinated. “If you have not gotten the influenza vaccine, you should do so now, as the flu season is still at its peak of activity,” Bowman said. “The persons most at risk are the children under 5 and those older than 65 years, although many baby boomers between 50 and 65 are getting the flu as well.”

For those already suffering from the flu, antiviral drugs like Tamiflu can help. “Antiviral drugs for the flu might be in low supply in your area, so call the pharmacy ahead of time to check,” Bowman said. “They are helpful when taken within the first day or two of the flu. What people call the stomach flu is not the same as the respiratory flu, but both can result in dehydration, which makes one feel worse. The use of oral rehydration is a general recommendation for any ill person with mild to moderate dehydration, and its use might delay or even prevent the need for acute care.”

However, Bowman also cautions that those concerned about dehydration or other symptoms of the flu should contact their primary care providers immediately.

The convergence of the flu and COVID-19 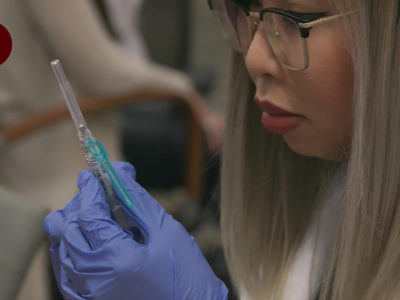