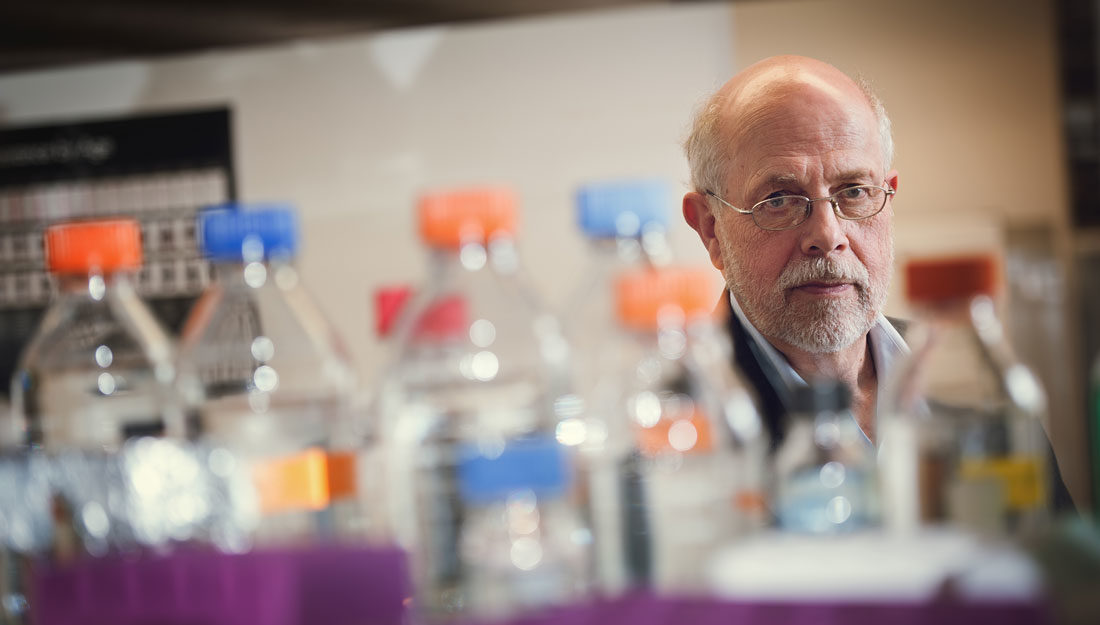 Drug developed in Houston has been approved for two human clinical trials by the Food and Drug Administration
July 7, 2020
Facebook0Tweet0

In a joint effort between biopharmaceutical company Pulmotect, MD Anderson Cancer Center and Texas A&M University, a drug that has been under development for several years could provide short-term immunity against COVID-19.

The Houston-based company, Pulmotect, was founded by Magnus Hӧӧk, PhD, Regents Professor at the Texas A&M Health Institute of Biosciences and Technology, and Burton Dickey, MD, chair of the pulmonary department at MD Anderson Cancer Center. Both had laboratories in the Institute of Biosciences and Technology building in Houston, and met by chance. “We met in the elevator and started to talk about the research that was going on in our laboratories,” Hӧӧk said. “Dr. Dickey had made some observations in mice that suggested that he could stimulate what is called the innate immune system in the lung lining and give a broad protection against infectious agents that’s short-lived. With my experience in biotech startups and involvement in infectious diseases and his research on lung physiology, we decided to start a company based on his recent observations.”

The support and entrepreneurial spirit at Texas A&M has been extremely helpful in starting and developing Pulmotect, according to Hӧӧk. Pulmotect president and chief operating officer Brenton Scott, PhD, a former post-doctoral fellow in Dickey’s laboratory, has been responsible for advancing the company over the years.

Pulmotect has been supported and guided by Fannin Innovation Studio, a unique organization supporting early stage biotech companies in Houston.

“Fannin provides some investment, they have managerial experience and they provide the physical facilities,” Hӧӧk said. “In return, they take ownership of the company. This structure is really the basis for keeping the company virtual for so long because we have the resources that Fannin could provide.”

The drug being developed by Pulmotect, PUL-042, is delivered as an aerosol and has proven to effectively offer short-term protection against lung infections caused by several viruses, bacteria and fungi. PUL-042 has had limited human testing but has not shown any serious side effects. Hӧӧk said the drug is unique because the single drug can protect against pneumonia caused by a variety of different microbes, but is most effective against viruses.

“PUL-042 activates a component of the immune system, but it’s not the adaptive immune system that we are used to talking about—the drug targets the innate immune system,” Hӧӧk said. “We don’t need to know what the virus is, we don’t have to have knowledge of the molecules that make up the virus, which you have to have to start making your vaccine that will hopefully provide longer and stronger protection. The uniqueness is that with all conventional vaccines you have to have a lot of other knowledge of the virus, but here you don’t. It attacks all of the viruses that we have tried, most bacteria, and even some fungi.”

PUL-042 is composed of two small synthetic molecules and works by stimulating specific innate immune receptors in the lung lining within minutes. Hӧӧk explained that it is believed this drug will be effective in protecting against COVID-19 since animal data shows it protects against other coronaviruses such as MERS and SARS. PUL-042 protection only lasts for approximately three to five days, but is able to be repeatedly administered every third or fourth day.

Pulmotect was recently approved to begin two human clinical trials by the Food and Drug Administration (FDA), as of May 5. One of the trials focuses on COVID-19 prevention and the other is being tested as a treatment, according to the FDA website. The prevention trial will include 200 participants who will be administered four doses of either PUL-042 or a placebo over a 10-day period and will be monitored for 28 days.

The treatment trial will be conducted with 100 infected participants who do not need supplemental oxygen. These participants will be administered three doses of PUL-042 over a week and will also be monitored for 28 days.

“Adults who have tested positive for SARS-CoV-2 infection and who do not require supplemental oxygen will receive PUL-042 Inhalation Solution or placebo three times over a one-week period in addition to their normal care,” the FDA website says. “Subjects will be be followed and assessed for their clinical status over 28 days to see if PUL-042 Inhalation Solution improves the clinical outcome.”

Both trials are currently in phase II. The next phase depends on the results of the current trials. Pulmotect is currently focusing on how to fund phase III, if they are able to move forward with the next step in the FDA trials.

“The next step depends on the outcome of these trials,” Hӧӧk said. “If these trials are successful, one would presumably produce large numbers of doses and make it available in the phase III. Phase III will give much clearer results on how effective it is. That’s also where the funding issue becomes very important to solve, which is something the company is focusing on now.”

According to the FDA Clinical Trial Website, both trials are estimated to be completed with phase II by October 2020. 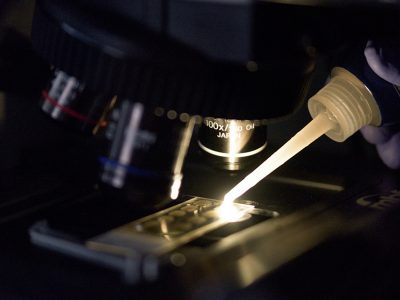 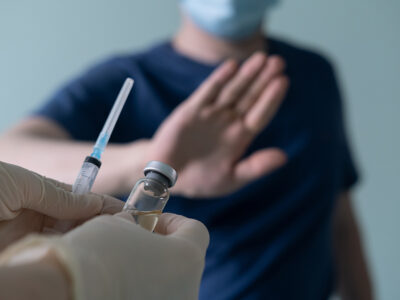 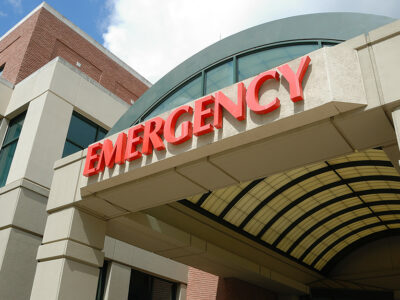