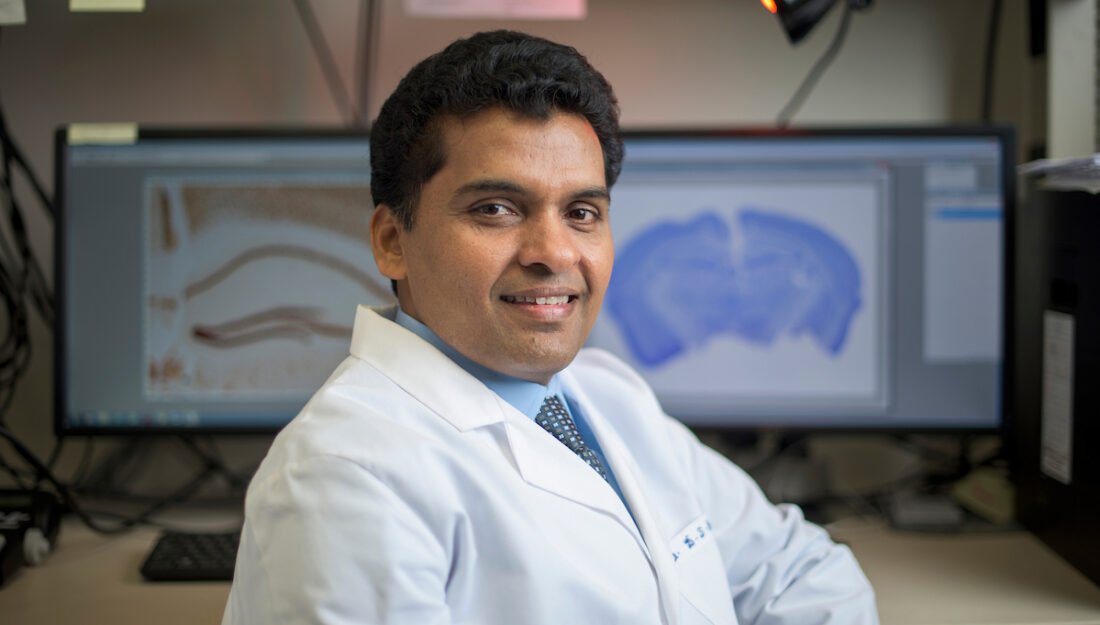 The approach might also be beneficial for anyone exposed to lethal chemical agents, including those involved in the pest control and agricultural industries
September 15, 2021
FacebookTweet

What do pest control, agricultural workers, and members of the armed forces have in common? It may not be obvious, but these three important groups are all at increased risk of toxic exposure to organophosphates.

Organophosphates (OPs) are lethal chemical agents that are commonly used as pesticides, insecticides and nerve agents. An estimated 3 million people worldwide are exposed to organophosphates every year, accounting for approximately 300,000 deaths. Exposure often occurs because of agricultural pesticides, but it can also come from household ant and roach insecticide, as well as nerve gas. This poses a serious threat to agricultural laborers, pest control workers and victims of chemical warfare, respectively.

OPs work by inhibiting something called acetylcholinesterase, an enzyme that breaks down a neurotransmitter called acetylcholine. This neurotransmitter is normally responsible for various functions in the body, including muscle contraction, sweating, salivation, lowering heart rate, decreasing the rate at which breathing occurs and much more. Normally, acetylcholinesterase keeps acetylcholine from acting too long—this allows us to relax our muscles and keep our heart and respiratory rates from dropping too low. However, when OP toxicity occurs and acetylcholinesterase is unable to work, acetylcholine activity is unopposed, which can rapidly be fatal. Consequently, exposure to organophosphates can cause serious problems, including watery eyes, sweating, excessive salivation, vomiting, drowsiness, seizures, cardiac and respiratory depression and possibly death.

One issue that troubles neurologists and neuroscientists is OP-induced status epilepticus (SE), a prolonged seizure state in which the victim does not regain consciousness. If left untreated, SE can cause severe neuron damage and even death. Benzodiazepines, a class of medications that are used to treat OP-induced SE, do not always work. Currently, there are no anti-epileptic drugs   to quickly terminate SE when benzodiazepines fail in critical care settings. These resistant forms of SE are called refractory status epilepticus (RSE), occurring in most patients with SE and having poor prognosis.

A research team led by D. Samba Reddy, PhD, RPh, a professor of Neuroscience and Experimental Therapeutics at Texas A&M College of Medicine, published a paper comparing various models utilizing three distinct agents to produce RSE and neurotoxicity. The paper, published in Neuropharmacology, examined the comparative profile of these agents on neuronal injury in the brain. The benzodiazepine diazepam was ineffective in reducing OP-induced RSE.

Reddy’s team has utilized a refractory SE model for studying the use of phenobarbital as a second-line agent for the termination of SE after OP exposure. The paper, published in Epilepsia Open, examines phenobarbital as alternate anticonvulsant for organophosphate‐induced benzodiazepine‐refractory status epilepticus and neuronal injury.

“At this time, very few options exist for treatment of refractory seizures or status epilepticus, which is often noted in victims of organophosphate pesticide poisoning and nerve agent exposure,” Reddy said. “Phenobarbital is a second-line drug given for status epilepticus management, usually when the primary benzodiazepine-type anticonvulsants (such as lorazepam, diazepam, or midazolam) fail to control status epilepticus.”

Their findings showed that phenobarbital produced a dose‐dependent seizure protection. A substantial decrease in SE was evident at lower doses, and a complete seizure termination was noted at higher dose within 40 minutes after treatment. Neuropathology findings showed significant neuroprotection in groups receiving the drug in brain regions associated with SE.

Though the higher doses resulted in greater protection against refractory SE and neuronal damage, there was no correlation with improved survival rate. Furthermore, phenobarbital caused significant adverse effects, including induction of a comatose state and even death.

“We uncovered why benzodiazepine therapies are not able to stop the OP-induced seizures and brain neuronal injury,” Reddy said.  “Now, we tested phenobarbital as alternate therapy for controlling OP-induced seizures and neuronal injury but with unfavorable findings. Despite a strong protection, it caused serious adverse effects including anesthetic or comatose state that would preclude its use in an ambulatory setting without cardio-respiratory support.”

Ultimately, phenobarbital appears to be an alternative choice for OP‐induced refractive SE in hospital settings. However, a careful risk‐benefit analysis is required because of negative outcomes on survival and cardio‐respiratory function. Consequently, the need for sophisticated support and critical monitoring in hospital settings may prevent its use as medical countermeasure in mass casualty situations. Looking forward, Reddy and his team hope to take another direction in finding an alternative treatment for OP toxicity—synthetic neurosteroids.

“Our pursuit for a new anticonvulsant continues,” Reddy said. “In 2008, we were among the first to identify neurosteroids to have the potential to stop SE more effectively and safely than benzodiazepines, and now phenobarbital. The hope is to aim our efforts on using synthetic neurosteroids for advanced development as future anticonvulsants for nerve agents.”