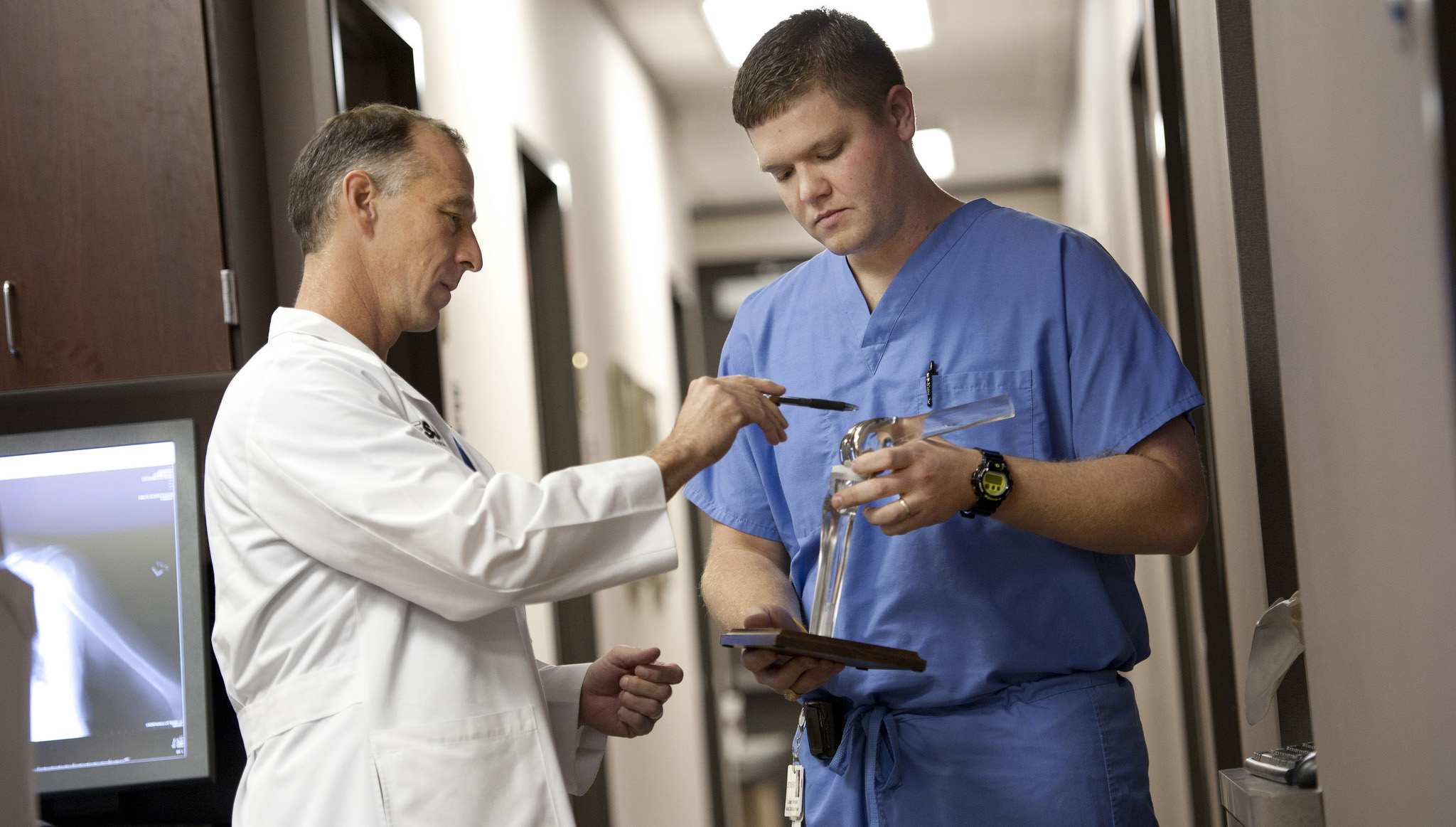 Match Day – it’s an exciting and stressful day when soon-to-be medical graduates learn where they’ll be going for their residency. It’s the next step to becoming a doctor. But across the state and nation, there is an increasing number of graduates who do not “match,” and their medical careers are either stalled, derailed or relocated. Why? There are simply more medical school graduates than residency positions.

After two years of basic science training and more than a year of clinical rotations, fourth-year medical students spend months interviewing with residency programs, sometimes dozens of programs, at hospitals across the country. These residencies take recent M.D. graduates to work alongside licensed physicians as a requirement to obtaining licensure themselves.

The current residency shortage virtually guarantees some medical students will be forced to leave the state upon graduation; and given the strong relationship between location of residency training and entrance into practice, it is likely those leaving will not return to Texas.

How this affects patients

Physicians can’t practice without a license, and a license can’t be obtained without a residency, so the bottleneck between medical school and residency is a dire consequence for the patients in the United States health care delivery system.

Nationally, America faces a shortage of up to 90,000 physicians by 2025. This means an increasing disparity between the physician-to-patient ratio—a disparity that is particularly drastic in Texas, and ever-increasing in rural and southern portions of the state.

Doctors who complete residencies in a state tend to practice medicine in that state. In fact, Texas retains more than 60 percent of its residents and more than 80 percent if they also went to medical school in Texas. Doctors who are educated in Texas, tend to stay in Texas.

This is why the Texas A&M Health Science Center College of Medicine is not only working to produce medical school graduates, but also provide residency positions across Texas.

“Our graduates receive our seal of approval, and we believe that every physician we educate has the heart and mind to be an excellent physician and help us care for patients,” said Paul E. Ogden, M.D., interim senior vice president and chief operating officer, Texas A&M Health Science Center and interim dean, College of Medicine. “We’re heeding the call to help provide as many residency positions as we can to help alleviate this bottleneck and create a homegrown supply of expertly trained physicians poised to provide care for Texans.”

Why so few residency positions?

The vast majority of residency training positions in the United States are funded by the federal government through Medicare and other federal funding sources—totaling nearly $10 billion a year. This number has also remained largely flat for almost 20 years. While a significant increase in residency positions ideally should come from this federal support—medical schools, teaching hospitals, states and policymakers have developed ways to expand the graduate medical education (GME) system.

Texas’ growing number of medical school graduates means the state is particularly susceptible to this bottleneck. And it is why Texas lawmakers from the 84th legislature have worked diligently to find solutions.

The Texas legislature increased funding, a $26.7 million increase over the last biennium for a total of $53 million, more than doubling the state’s investment in GME expansion. Building on legislation passed in 2013, the legislature broadened eligibility for planning grants to include hospitals with residency positions as well as community health centers. Previously, this funding was limited to hospitals that never had graduate medical education. They’ve also created a sustainable funding source to support previously unfilled positions going forward, as well as newly created positions. Now a permanent fund for graduate medical education exists outside the general revenue fund, and it’s dedicated solely to graduate medical education.

How Texas A&M College of Medicine is helping

Texas A&M is a unique type of medical school because it does not have its own teaching hospital and instead works with area hospitals for clinical rotations, increasing its reach across geographic locations and populations throughout the state. The most recent residency partnership is with DeTar Healthcare System for a family medicine residency in Victoria, Texas. The three-year program—which addresses a critical need for more primary care physicians in South Texas—accepted its first six residents in the 2016 Match.

As part of the Region 5 Texas 1115 Medicaid Transformation Waiver, DeTar requested to establish a Family Medicine Residency Program in South Texas to serve this population, cited as Medicaid underserved by the U.S. Department of Health and Human Services. A 304-bed two-hospital system, DeTar provides care for Victoria and its surrounding counties, a 5,200 square mile area with a population of 164,467. Additionally, in collaboration with Texas A&M College of Medicine, DeTar has added a new Family Medicine Clinic, that will be home to 22 physicians, including faculty and residents.

“Studies show that the majority of matriculating residents locate within 60 miles of their residency programs, so our curriculum should equip our graduates to serve South Texans well,” said Sidney Ontai, M.D., DeTar Family Medicine Residency program director and assistant professor at the Texas A&M College of Medicine.

Increasing residency positions in Texas not only serves the national issue of the bottleneck between medical school and residency, but also addresses Texas’s need for more physicians. The college’s plan is two-fold, increase the amount of graduates in the state of Texas, and increase the residency positions within the state. With 126 of 254 counties experiencing limited access to primary care service, Texas currently has 165 physicians for every 100,000 patients, below the national average.

“Residency programs like the Family Medicine Residency Program in Victoria play a key role in the comprehensive physician workforce solution for the entire state,” Ogden said. “Texas A&M is working with providers like DeTar to develop new residency programs to alleviate the current residency shortage, and thus ensuring that all Texans are getting the best care possible. But there is still a great deal of work to be done to make sure all qualified medical school graduates get the opportunity to serve.”