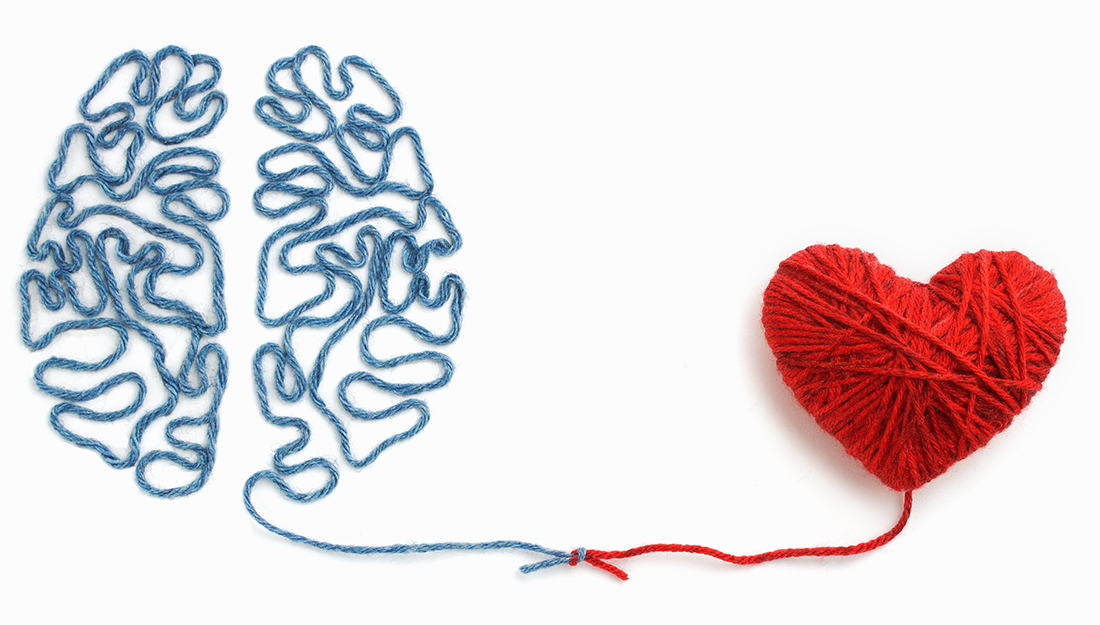 Whether in a long marriage or a new relationship, we explore how love affects the brain and body
February 14, 2019
Facebook0Tweet0

With feelings of love in the air, the Texas A&M University Health Science Center sought to find what love does to your brain and body. We asked two faculty members at the Texas A&M College of Medicine, Meredith Williamson, PhD, and Brandon Williamson, MD, who just happen to be husband and wife.

“Love activates the dopamine reward system in your brain,” said Brandon Williamson. “Dopamine is a hormone that is released into the body when we do things that make us feel good.” It is released when we do things like spend time with a loved one or eat a really good meal. He also mentions studies have shown that chronic drug use also activate the same reward system.

Love can be stressful

On the other hand, falling in love can be stressful for some people. Studies found that cortisol—a hormone mainly released during times of stress—tends to rise in the body when you first fall in love. “That rise in cortisol makes your heart start racing, and you have this fight-or-flight response when you have to decide if you want to actually engage in the relationship,” said Meredith Williamson.

Oxytocin has been shown to influence the formation of trust and bonds between people. This hormone is also present when people are in love. “Oxytocin is the same hormone that moms get when they give birth and see their baby for the first time,” said Brandon Williamson. It encourages feelings of contentment, calmness and security.

“Some brain studies showed that committed couples who were in love and been married for over 20 years had the same reward pathways that increase those feelings as those that had just fallen in love,” said Meredith Williamson. “Proof that love gets better with age.”