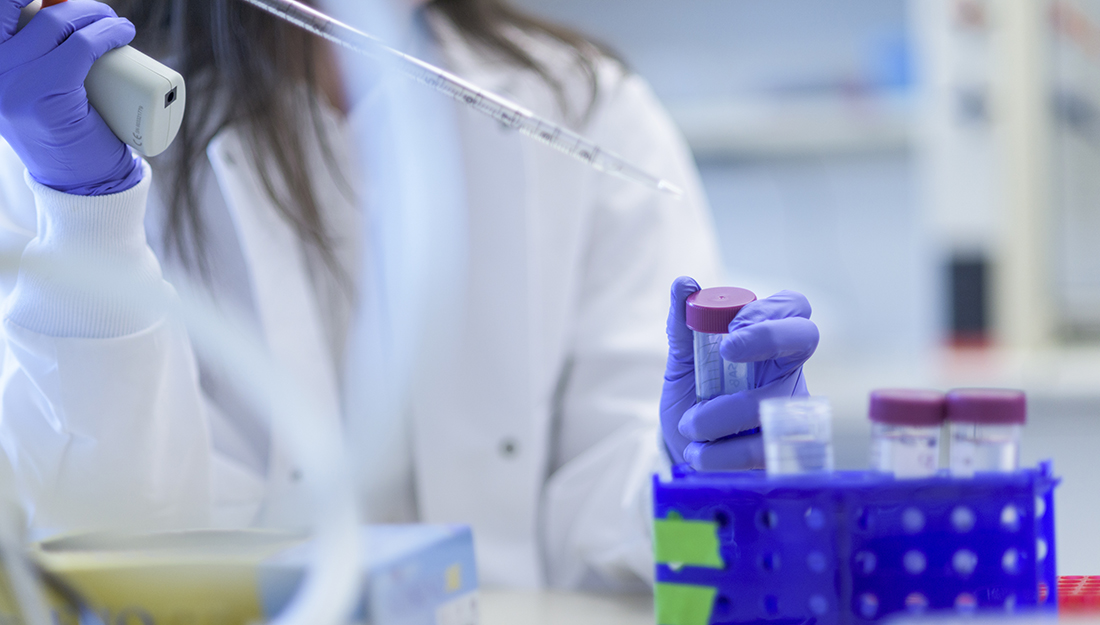 How a Texas A&M researcher’s quest to understand the role of Hox proteins in fruit fly development led to the discovery of novel, protein-based biomaterials
February 8, 2019

During pregnancy, cells in a fertilized egg divide very precisely to form different tissues in a developing embryo. This feat is possible, in part, due to the family of Hox proteins. Across the animal kingdom, these proteins govern the pattern of body formation. In humans, Hox proteins coordinate the development of legs, arms and internal organs, among other things, whereas in flies, they guide the formation of legs, wings, antennae and different insect organs.

How do Hox proteins determine the development of body parts in different organisms? To answer this fundamental question, Sarah Bondos, PhD, associate professor at the Texas A&M College of Medicine, is using biochemical and molecular tools to tease apart the structure of Hox proteins. Her basic science research has also unexpectedly found an application in another field: protein-based biomaterial engineering.

Bondos’ group studies a type of Hox protein in fruit flies called Ultrabithorax (Ubx). In insects, these proteins are critical in forming knob-like structures known as halteres on either side of the thorax. Halteres help with balance and enable fruit flies take to take sharp turns during flight. “So a fruit fly can buzz around your head really tightly,” she said. “But bees have to fly in a long arc because they have four wings and no halteres.”

Ubx has perplexed scientists for years. If this protein is experimentally plugged into the head of fruit flies, legs develop in place of antennae. “Is Ubx a halteres-building protein or a leg-building protein? Same protein but different functions in different tissues,” Bondos said. “Ubx has some way of figuring out where it is and adjusting what it does accordingly.”

Another mystery surrounding Ubx and other Hox proteins is the mechanisms by which they orchestrate tissue development in specific parts of the body. Bondos speculated that the ability of Hox proteins to vary their function depending on body location could be because each member (of the Hox protein family) binds to genes differently. However, her team was surprised to find that the DNA-binding regions are extremely similar between Hox proteins.

“If we compare Ubx and Abdominal A (another Hox protein), their gene-binding domains contain 60 amino acids, and 57 of them are identical,” Bondos said. “And the three that are different, none of them touch DNA. How are Hox proteins binding to different parts of the genome to make them work differently?”

The resolution to this conundrum came when Bondos accidentally discovered that, under certain laboratory conditions, Ubx can form strings, like spider silk. She found that the material-building property was due to strong chemical bonds called dityrosine bonds between Ubx molecules.

“So we hypothesized that since tyrosines interact with each other well enough to make dityrosine bonds in Ubx-based materials, maybe in cells they’re still interacting with each other to regulate gene binding,” Bondos said.

The material-forming property of Ubx has also led to other side projects in Bondos’ laboratory. In collaboration with Kayla Bayless, PhD, associate professor at the College of Medicine, Bondos has begun testing if Ubx-based materials are good scaffolding materials for growing blood vessels. In another collaboration with a laboratory in Rensselaer Polytechnic Institute, New York, she is using Ubx-based materials to embed and stabilize a protein that will glow green in the presence of Zika virus.

In addition to these clinical applications, Bondos looks forward to uncovering new roles for Ubx. “Anything a protein can do, we can make our Ubx-based materials do,” she said. “We’re very excited about a lot of possible different applications for our materials.” 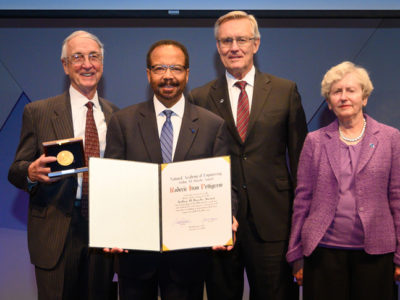 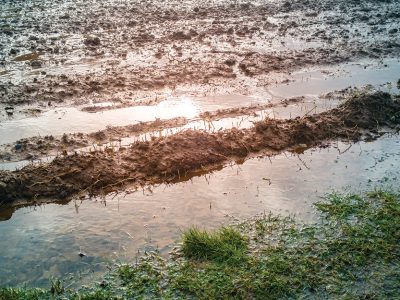 Bacteria and pathogens: Determining friend from foe in soil and water 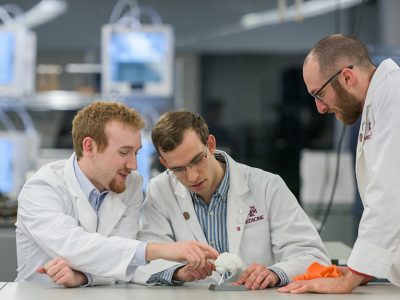 Medicine and the Makers