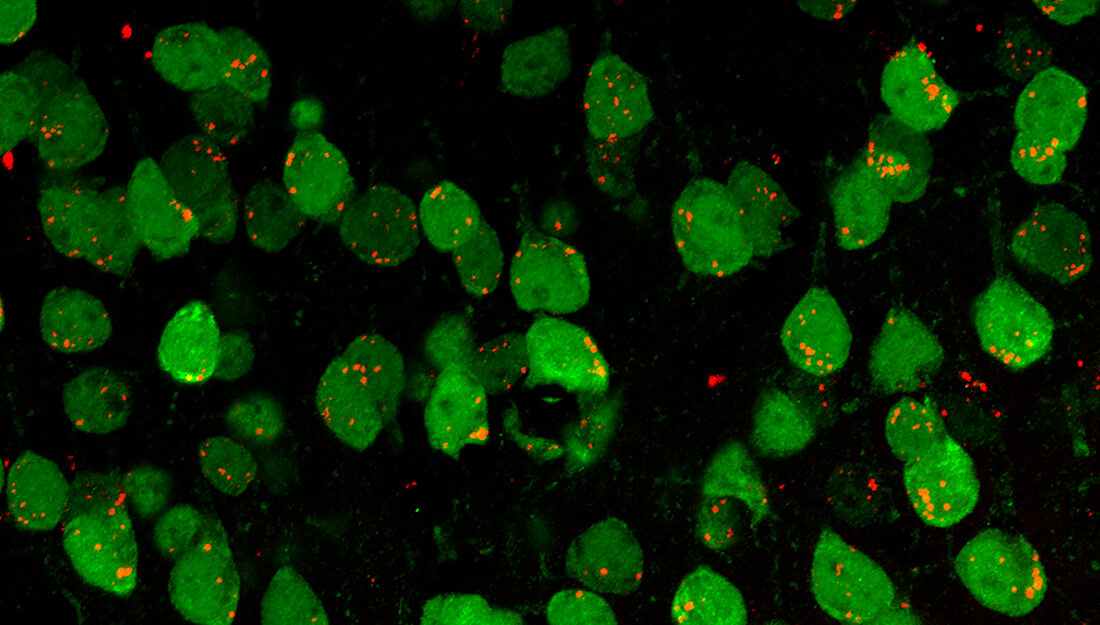 An inexpensive, accessible and non-invasive therapy for diseases and injuries of the brain may be slowly emerging: tiny particles called extracellular vesicles (EVs). Unlike stem cell therapies for repairing brain damage—which can be unsafe when tested in humans—EVs may safely regenerate brain cells and reduce inflammation, according to a recent study conducted by researchers at the Texas A&M University College of Medicine.

The study, published in the Journal of Extracellular Vesicles, found that EVs derived from stem cells in the nervous system can repair damaged cells and block proteins that cause both acute and chronic brain inflammation. EVs, which under an extremely high-powered type of microscope called an electron microscope look like rain droplets on a windowpane, help with communication between cells. Pinching off from a cell into nano-sized globules, EVs then latch onto other cells and share their contents. Working like microscopic messenger pigeons between cells, EVs might be able to quickly deliver brain therapies.

But before this study was conducted in animal models, little was known about how to best separate therapeutic EVs from neural stem cells. Likewise, research had not pinpointed exactly which proteins and microRNAs (small fragments of RNA that regulate the production of proteins) the EVs carry throughout the brain. Therefore, Ashok Shetty, PhD, associate director of the Institute for Regenerative Medicine and professor in the Department of Molecular and Cellular Medicine, and his colleagues established a method for isolating EVs from neural stem cells and identified some of the EVs’ cargo.

They found that EVs carry along proteins and microRNAs that can regenerate brain cells in the hippocampus—the learning and memory center of the brain—and promote new connections between nerve cells and curb inflammation, among other neuroprotective functions. A few of these proteins or microRNAs might even help reduce amyloid-beta plaques and alpha-synuclein on the brain, which are key features of dementia (like Alzheimer’s) and Parkinson’s disease. Shetty says that with this knowledge, “we could use EVs to intervene very early and slow down these diseases, for example.”

These findings suggest “there are a lot of other proteins in EVs that have to be studied,” said Leelavathi Madhu, PhD, a College of Medicine associate research scientist and one of the first co-authors of the paper reporting the research. Future research, Madhu says, should directly investigate other brain conditions—such as Alzheimer’s disease and traumatic brain injury.

Unlike therapy that uses neural stem cells, Shetty says EV therapy might pose few health risks. For example, EVs are too tiny to block blood flow or cause an immune response, and such a small quantity would need to be administered that there “likely won’t be any side effects,” said the other first co-author, Raghavendra Upadhya, PhD, another associate research scientist at the College of Medicine.

Therapeutic EVs, when administered through the nose, can enter brain cells (such as neurons and glia) in nearly all regions of the brain within six hours. This administration method makes them a potentially low-cost, non-surgical therapy for neurodegenerative diseases or brain injuries. An EV nasal spray, Shetty proposes, could be used as a therapy in almost all settings. “Imagine a football player who has a concussion,” he said. “You just have to give him a nasal spray of EVs to prevent long-term adverse effects such as cognitive and mood dysfunction.”

EVs can be extracted from almost any cell, but because these researchers were interested in a brain treatment, they used EVs extracted from stem cells of the nervous system, or neural stem cells. Stem cells are produced from “master” cells, known as human induced pluripotent stem cells, which can make any type of cell or tissue. To produce master cells—and, subsequently, EVs derived from neural stem cells—researchers need only reprogram skin or blood cells. And these cells already fill shelves in cell banks, facilities that house cells for research projects.

However, such easy and effective therapies might take years to reach the public, if at all. The United States Food and Drug Administration (FDA) must first approve EVs for therapeutic use through human clinical trials, but Shetty notes that EV therapy research for brain disorders is currently restricted to animals. In the United States, no clinical trials have investigated brain disorder therapies that use neural stem cells generated from human induced pluripotent stem cells due to safety concerns, including abnormal immune responses and the development of tumors. “That’s why many groups are working on perfecting the isolation of therapeutic EVs from different types of neural cells, including neural stem cells,” Shetty said. 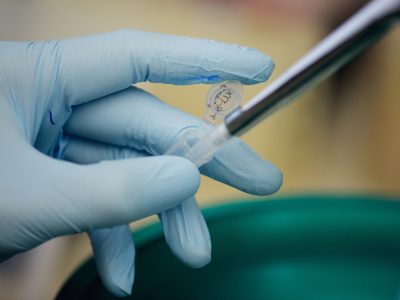