Rumors have been circulating online that suggest COVID-19 vaccines currently available in the United States cause infertility and are not safe for women who are pregnant or planning to become pregnant. However, multiple medical societies and governing bodies in the medical profession have debunked these claims, stating no current scientific evidence supports them.

The American College of Obstetricians and Gynecologists (ACOG) stated, “We also assure patients that there is no evidence that the vaccine can lead to loss of fertility. […] Loss of fertility is scientifically unlikely.” Similarly, the American Society for Reproductive Medicine (ASRM) supports vaccination against COVID-19 for women of reproductive age, stating, “Patients undergoing fertility treatment and pregnant patients should be encouraged to receive vaccination based on eligibility criteria.”

So, if experts agree that authorized COVID-19 vaccines are safe for fertility and pregnancy, where did the rumor come from?

The idea first gained speed in December 2020 when a German physician named Wolfgang Wodarg joined forces with a former Pfizer employee to ask the European Medicines Agency (the European Union’s counterpart to the U.S. Food and Drug Administration) to delay the approval of the Pfizer/BioNTech vaccine. Their concern was with the protein called Syncytin-1, which—they argued—shares a similar genetic code with part of a spike protein on SARS-CoV-2 (the COVID-19 virus). That same protein is also an important component of the placenta in mammals. Wodarg argued that if the vaccine causes the body to make antibodies against Syncytin-1, it might also cause the body to attack and reject a protein in the human placenta, making women infertile.

“One of the issues with this claim is that if the antibodies attack the placenta then that means the placenta actually formed, which means the patient got pregnant,” said Hector Chapa, MD, FACOG, clinical assistant professor of obstetrics and gynecology at the Texas A&M University College of Medicine. “So, it wouldn’t be a cause of infertility, which is the inability to conceive and become pregnant. The issue would be pregnancy loss, but that’s not actually being found in the data.”

Furthermore, although SARS-CoV-2 and Syncytin-1 do share small stretches of the same genetic instructions, it’s not enough to make a match. Even if it did target the placental factor, there is no data for recurrent pregnancy loss from the human studies of the Pfizer vaccine.

In the Pfizer vaccine trial, which included 37,000 people, women were excluded if they were already pregnant. Nevertheless, 23 women did conceive during the trial—12 in the vaccine group and 11 in the placebo group. No adverse effects have been reported in those people and no loss of fertility has been reported among the millions who have received the vaccines since their authorization.

“We also have to consider that COVID-19 itself as a disease process is not known to result in infertility, so if natural infection doesn’t alter fertility then why would a vaccine do it?” Chapa said. “As of now, there is absolutely no evidence and no theoretical basis, either, that any of the vaccines can affect fertility of men or women.”

In the end, Chapa says deciding whether to get vaccinated is a matter of weighing the known risks from getting infected against hypothetical risks from the vaccine. “As stated by the Centers for Disease Control and Prevention, the United States has a long history of proven vaccine development and vaccine safety. Without a doubt, complications of COVID-19 itself pose a much greater risk than any theoretical concerns regarding vaccine safety. At this point in time, there is no cause for concern for any fertility issues—or general health complications—from the vaccine itself.” 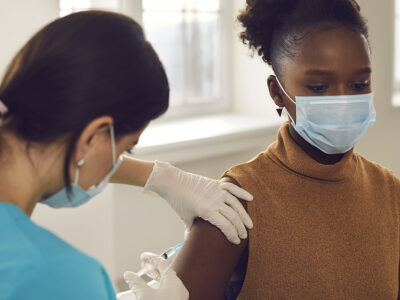 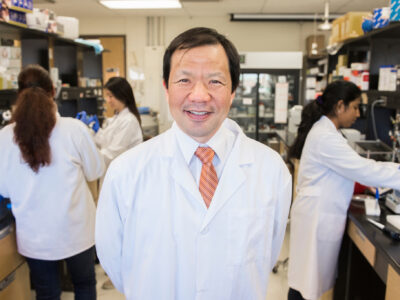 Why does the COVID-19 virus ‘escape’ from our immune system?
Subscribe TodayStay up-to-date on the latest heath care topics