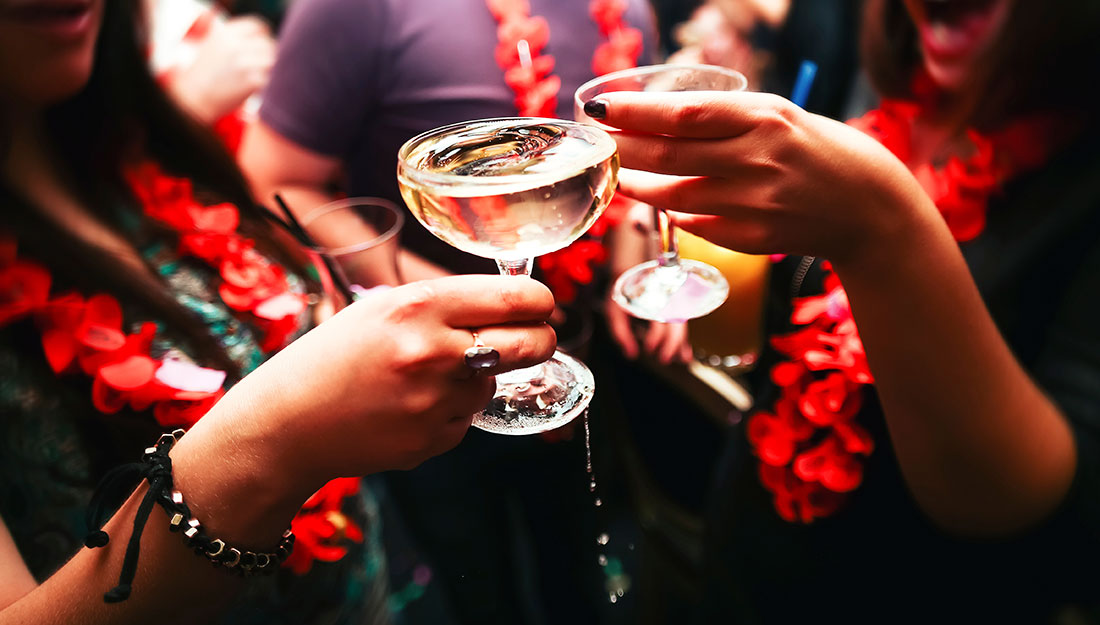 For both men and women, pregnancy and alcohol are toxic mix

Drinking habits of both the mother and father may cause problems for children
March 1, 2016
Facebook0Tweet0

The Centers for Disease Control and Prevention (CDC) set off a firestorm of controversy this month when they suggested that women stop drinking alcohol if they are trying to get pregnant, or could get pregnant. Some people took this advice as the CDC prioritizing hypothetical, yet-to-be-conceived children over real women, which has brought up a number of issues from female autonomy to access to birth control—but how clear is the science about what causes fetal alcohol syndrome (FAS) and related fetal alcohol spectrum disorders (FASD)?

Scientists are rather unequivocal on the issue, as it turns out. “Alcohol is probably the worst of all of the drugs in terms of effects on the fetus,” said Rajesh C. Miranda, PhD, professor at the Texas A&M Health Science Center College of Medicine. “The data from human studies and from animal models is clear; alcohol consumption during pregnancy causes FAS/FASD, and there is no safe level of consumption and no safe time.”

That said, binge drinking—which surveys show to be a common behavior for both men and women—may be especially risky. It increases the blood alcohol level quickly, which animal models have shown to be likely to cause FAS. “Binge drinking plus the large number of unplanned pregnancies (about half, by some estimates) in this country is a recipe for disaster,” Miranda said, “since many women may consume alcohol without being aware of their pregnancy.”

Fetal alcohol syndrome can certainly be a devastating condition, leaving the child with a host of physical, developmental and intellectual disabilities, as well as typically being smaller than average. Many of these children have problems with visual-spatial tasks and with executive functioning and may have poor impulse control, memory skills and problem-solving ability. “Children—and adults—with FAS don’t know how to estimate consequences for what they do,” Miranda said. This can lead to problems with the law, in personal relationships and simply day-to-day functioning. There are interventions and management of the condition that are somewhat effective, but nothing can undo the damage, and it leaves the affected person with a lifetime of challenges.

Even children who appear physically unaffected may suffer from cognitive and behavioral problems. “Therefore the CDC’s advice—to stop drinking if you are pregnant or plan to become pregnant—is good advice,” Miranda said. However, this doesn’t always work. Some pregnant women may also face additional risks, such as increased danger of intimate partner violence, that make them afraid to acknowledge that they’re pregnant, so they continue drinking to try to hide the fact.

“We often say that FAS is a completely preventable disease, but while in theory that’s true, the actuality is that it’s not,” Miranda added. “That’s why we have to look for prevention strategies beyond ‘just say no to drinking’ messages, such as promoting better access to birth control medications, better prenatal health care and better early infant and childhood interventions.

There are a number of other factors that may play a role in decreasing the risk for fetal alcohol syndrome. All else being equal, economic security, good nutrition and quality prenatal care all help minimize the risk for FAS, but for at-risk women and their babies to benefit, they need good prenatal health programs.

Miranda hopes to improve early detection of problems and create therapies to solve them. “I really buy into ultrasound as a means of detection, because it’s an established technology,” she said, “but recently the resolution has become phenomenal, which means you can make a quantitative diagnosis based on blood flow through tiny vessels, for example.”

Blood flow is important, because a number of signaling factors must reach the fetal brain—all at the correct time—for proper development.

“We think that the alcohol sensitivity of the developing brain is mediated by a group of microRNAs that act as an additional layer of regulation in the body,” Miranda said. “We are currently investigating whether microRNAs might be able to regulate stem cell renewal if you get to the fetus at the right time.” Research has shown that cells secrete these microRNAs into bodily fluids, so at some point a simple blood or urine test might offer hints about whether the fetus is in trouble.

“Part of the problem is that we’ve focused on the pregnant woman as the target audience for our fetal alcohol syndrome messaging,” Miranda said. “But clearly there’s more to it than that. A more appropriate message is that both men and women should consider abstaining from alcohol before and during pregnancy.”

Good statistics about the number of people with fetal alcohol syndrome are difficult to find. CDC estimates range from two to 90 children out of 10,000. The number of those with some type of fetal alcohol spectrum disorder is even higher, with some studies estimating that the number might be as high as five percent. Considering that about 10 percent of women report drinking during their pregnancies, this number makes sense.

Miranda is working with the Texas Office for the Prevention of Developmental Disabilities to develop ways to monitor the situation in Texas. “Nationally, one in twenty school children is thought to be affected by fetal alcohol spectrum disorders. Texas has a high annual birthrate, and based on national estimates, I think once we know more, we’ll find we have a big problem,” Miranda said. “That’s what keeps me up at night, thinking about what we can do.”