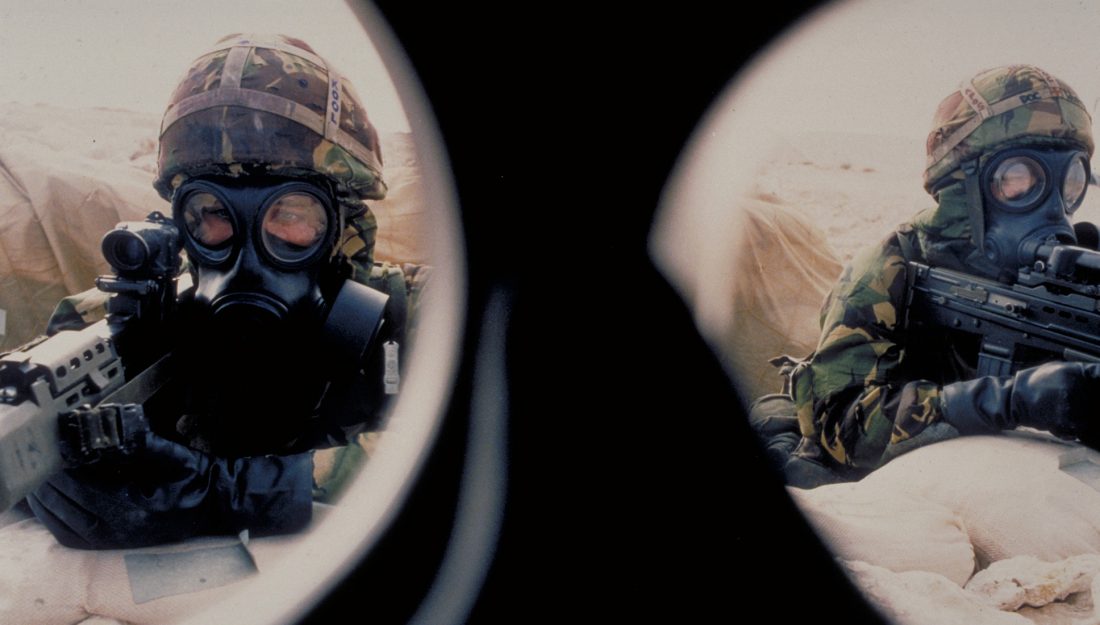 Modeling Gulf War illness: Knowing the cause of brain dysfunction is key to finding a cure

With hundreds of thousands of veterans experiencing long-term side effects of their service, the hunt for a treatment is on

When hundreds of thousands of American troops deployed to the Persian Gulf in 1990 and 1991 in what is now called the First Gulf War, they were exposed to a variety of chemicals. These chemicals—especially when coupled with war-related stress—seem to still be affecting nearly 200,000 Gulf War veterans—or 25 to 32 percent of those who served—more than 25 years later, and the constellation of resulting symptoms has been termed Gulf War illness (GWI). This condition is characterized by central nervous system impairments—including cognitive and memory problems, mood dysfunction, sleep disorders and chronic fatigue—and systemic symptoms such as gastrointestinal problems and hypersensitive skin.

Using an animal model of GWI, researchers at the Texas A&M College of Medicine and the Central Texas Veterans Health Care System were able to demonstrate how GWI occurs, and their findings, which were published in the journal Frontiers in Molecular Neuroscience, hint at possible ways to mitigate some of the symptoms. This work was supported by grants from the Department of Veterans Affairs and Department of Defense and from the Texas Emerging Technology Fund.

The chemicals troops were exposed to in the Persian Gulf included pyridostigmine bromide, which was used as prophylaxis to prevent death in an attack with nerve gas agents. In addition, mosquito repellants, such as DEET, and pesticides, such as permethrin, were sprayed on their clothes and tents to keep potentially disease-carrying insects and rodents at bay. Some troops were also likely exposed to low levels of chemical warfare agents, due to demolition of Iraqi facilities storing those agents, and smoke from oil well fires.

Chemicals like DEET and permethrin can enter the brain through disruption of the blood-brain barrier, where they can inhibit the breakdown of a neurotransmitter called acetylcholine. “Essentially, they cause acetylcholine to build up in the brain, causing hyperexcitability of neurons as well as the death of some neurons, which leads to inflammation in the brain,” said Ashok K. Shetty, PhD, a professor in the Department of Molecular and Cellular Medicine at the Texas A&M College of Medicine, associate director of the Institute for Regenerative Medicine, research career scientist at the Olin E. Teague Veterans Medical Center, Central Texas Veterans Health Care System and senior author of the paper. “At the same time, troops were also taking pyridostigmine bromide, which can sequester the enzyme that breaks down acetylcholine, compounding the problem.”

To test the effects of such exposure, the researchers must first create an animal model. “We simulate what happened during the war,” Shetty said. “We give pyridostigmine bromide orally and apply DEET and permethrin dermally, and then expose them to a mild stressor. When you do that, these animal models develop the symptoms of GWI, such as cognitive and memory problems, and have chronic low-level inflammation in the brain.” Six months later—which is about 17 years in human terms—there was still evidence of persistent oxidative stress, even though they hadn’t been exposed to either chemicals or stress in the interim.

“Our data in animal models matches very well with what has been seen in patients,” Shetty said. They both had considerable systemic inflammation, which can be measured by levels of multiple pro-inflammatory cytokines in the blood serum. Pro-inflammatory cytokines circulate all over the body and cause systemic inflammation, which, in turn, can cause considerable problems in certain vulnerable regions of the brain such as the hippocampus. These problems include declined production of new neurons important for making new memories.

“We examined changes in a type of housekeeping cell in the brain, called microglia, and they indicated inflammation, which looked similar to what we see in aging individuals with memory problems and other cognitive impairments,” Shetty said. The animal models also had hyper-activated mitochondria (the ‘powerhouse’ of the cell), implied by increased expression of genes related to mitochondrial respiration—the process by which mitochondria transform stored energy into a form the cell can use. The researchers also found that many genes related to inflammation were upregulated. “Together, these findings raise the possibility that hippocampal dysfunction in GWI is one of the adverse outcomes of persistently elevated oxidative stress and inflammation at the systemic level,” he added.

Fortunately, antioxidants and anti-inflammatory compounds may be able to treat systemic inflammation, and it is possible such treatment would improve memory and mood function, Shetty said. The next steps are to test antioxidant and/or anti-inflammatory compounds on human veterans. For this, Shetty has established a collaboration with Dena Davidson, PhD, deputy director of research at the Veterans Integrated Service Network (VISN) 17 Center of Excellence for Research on Returning War Veterans in Waco, Texas, to purse clinical trials in GWI patients. Davidson and her team, along with Shetty, will begin a clinical trial funded by the Department of Defense in September to examine the efficacy of resveratrol in GWI patients. Shetty’s earlier research has shown that this compound may be able to help prevent memory loss occurring with aging. Additional studies completed recently in Shetty’s laboratory have also shown resveratrol as a promising compound for decreasing systemic and brain inflammation, as well as improving cognitive and memory function in animal models of GWI.

“This really does demonstrate that when someone is exposed concurrently to a whole host of nasty chemicals even at low doses, there are consequences that are not going away,” Shetty said. “We hope that our research can help improve the quality of life in these veterans who were exposed while serving our country, and therefore are so deserving of whatever we can do to support them.”