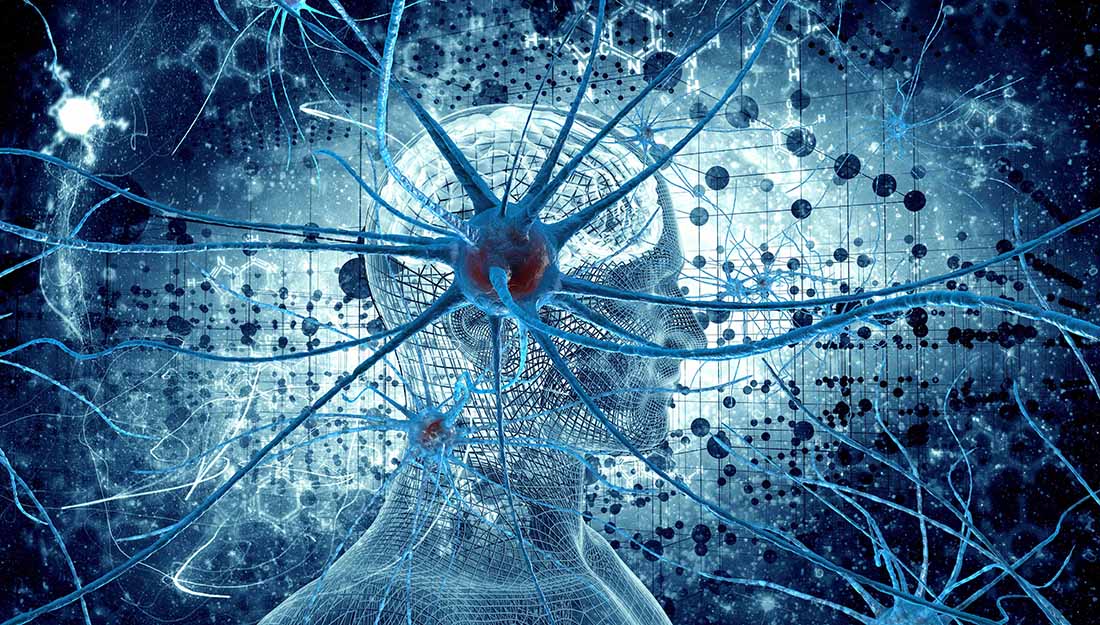 Synapses connect one neuron to another and are thus responsible for every thought, memory or movement—but how do they work?
January 2, 2018
Facebook0Tweet0

“The synapse is essential for life,” said Mendell Rimer, PhD, an associate professor in the Department of Neuroscience and Experimental Therapeutics at the Texas A&M College of Medicine. He studies a specific synapse called the neuromuscular junction, which—as the name implies—connects a motor neuron with a skeletal muscle fiber. Here, he explains how synapses work and what we do—and don’t—know about these crucial connections.

Synapses are part of the circuit that connects sensory organs, like those that detect pain or touch, in the peripheral nervous system to the brain. Synapses connect neurons in the brain to neurons in the rest of the body and from those neurons to the muscles. This is how the intention to move our arm, for example, translates into the muscles of the arm actually moving. Synapses are also important within the brain, and play a vital role in the process of memory formation, for example.

“Transmission of information within the nervous system operates in circuits, which can take up information, like the fact that a ball is coming toward us, or create an output, like bringing the arm up to catch the ball,” Rimer said. “Each of these circuits has a number of synapses that connect the neurons that carry the sensory information to the brain about the approaching ball and the neurons that execute the motor commands from the brain to move the arm.”

At the same time, all of these transmissions need to happen very quickly, in milliseconds, so it seems to all happen simultaneously—and we aren’t hit in the face with the ball.

There are two different types of synapses, the electrical and the chemical, and they work very differently. The simpler type is the electrical synapse, in which there are essentially no gaps between the cells. Instead, ions travel through what are called gap junctions and transfer an electrical charge to the next neuron.

“We know very little about how these synapses are regulated,” Rimer said. “Electrical synapses have been understudied.”

These gap junctions may actually be better understood in other areas of the body, as they are not unique to neurons. There are other cells, like in the heart, that also have gap junctions that transmit electrical signals.

On the other hand, at chemical synapses, the electrical signal within neurons, called an action potential, is translated into a chemical signal that can travel across the synapse to the next neuron in the circuit. “Synapses here can be thought of as a relay post between cells, in which you have to transform a signal,” Rimer said. This is done through the release of chemicals called neurotransmitters, which are released in packets called vesicles upon arrival of an action potential at the synapse. When the neurotransmitter reaches the next neuron in the chain, the chemical signal is transformed back into an action potential that travels down that neuron to the next synapse, and so on.

“In the brain, the system is working so that it actually gets better—that’s what learning and memory is,” Rimer said. “We think that the neurons in the circuit may release more neurotransmitter or put out more receptors so that synaptic transmission becomes potentiated and more efficient as we learn something new and form new memories.”

Memory may also involve the creation of new synapses. “We think that in the brain, the number and type of synapses are very dynamic,” Rimer said. “There are many ways that they are making behavior better, or even worse in some cases.” In other words, loss of synapses in the brain due to a degenerative disease like Alzheimer’s or Parkinson’s, will cause a corresponding loss of function related to whatever those synapses did. In fact, recent research indicates that it is the synapses, rather than the neurons themselves, that may be the first to show the effects of these conditions.

Synapses in the rest of the body don’t appear to be quite so vulnerable. “In the neuromuscular junction, a few neurotransmitter molecules are sufficient to set off a reaction in the muscle cell,” Rimer said. “The system there is set up to never fail.” That’s not to say that they never have problems—in fact, Rimer’s research focuses on genetic and immunological diseases that affect the receptors in these neuromuscular junctions, causing problems from the relatively minor, like droopy eyelids, to the much more serious, like issues with the diaphragm and other muscles involved in breathing.

“The fact that problems with synapses can cause someone to stop breathing just goes to show how vitally important synapses are to our very survival,” Rimer said. “People often focus on the neurons or muscle cells, but the connections between them are just as essential.”