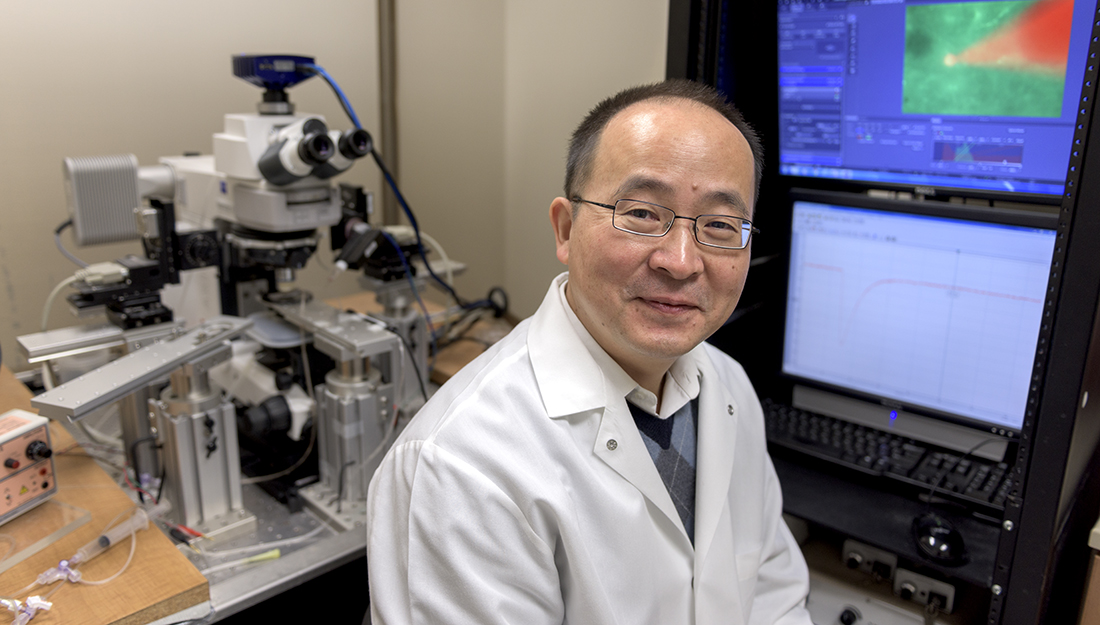 The urge to drink may be 'turned on,' offering clues about how to turn it off
February 12, 2018

About 15.1 million American adults have alcohol use disorder, meaning they cannot stop drinking despite adverse consequences—in other words, they have what is commonly referred to as alcoholism. Although it has been known that alterations in the connections between neurons in the brain likely play a role in alcohol dependence and other addictions, the cause-and-effect between these brain alterations and behavior has been less clear.

Now, Texas A&M research indicates that alcohol-seeking behavior may be induced by altering the strength of connections between particular neurons, according to recent results published in the journal Nature Neuroscience.

“We found that by applying a long-term potentiation protocol to animal models, we could directly induce a persistent change in their drinking behavior,” said Jun Wang, MD, PhD, assistant professor at the Texas A&M College of Medicine and lead author of the study.

Long-term potentiation is thought to be the basis of all learning and memory. It is the strengthening of synapses—the connections between neurons—based on sustained patterns of activity. In some cases, the strengthening may be facilitated by alcohol consumption—but Wang and his colleagues found a way around that.

Wang and his team mimicked the effect of alcohol with optogenetics, in which specially implanted proteins sensitive to light can be rapidly turned on and off within the brain. This process stimulates neuronal activity and essentially recreates the learning and memory that comes from actually performing an activity. Either way, it results in changes to the strength of synapses.

But what is more exciting, Wang and his team were able to reverse the alcohol-mediated synaptic strengthening by reversing the process. They did so with the opposite of long-term potentiation—what they call long-term depression—and decreased drinking behavior.

These changes affected particular neurons called D1, which Wang’s earlier research indicated could tell the brain to keep drinking. He calls them the ‘go’ neurons. Other neurons, called D2, do the opposite, and when they are activated, they give the signal to stop drinking.

“Our results provide pretty solid evidence that there is indeed a cause-and-effect relationship between the long-term synaptic changes and alcohol-seeking behavior,” Wang said. “Essentially, when brain changes are reversed, an individual may not want to drink for a long time.”

Although using this exact process in a human brain wouldn’t be feasible now, the results indicate possible targets for drugs or other therapies in the future. “Ultimately, our long-term goal is a cure for alcoholism, and possibly for other addictions as well,” Wang said. “We think these results that help us better understand how the brain works are an important step toward that goal.”